Buying a smoke alarm could help save your home and the lives of you and your family. 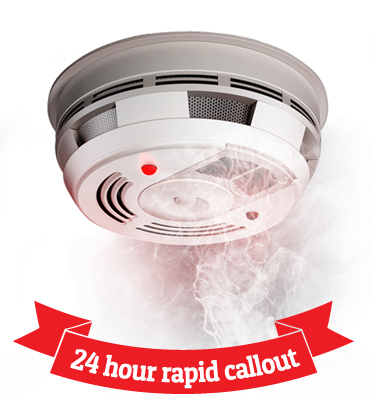 The Fire Kills campaign has concentrated on the importance of regularly testing smoke alarms.  Since 1992 building regulations have required that at least one smoke alarm, wired directly to the mains.

Every year the fire and rescue service is called to over 600,000 fires which result in over 800 deaths and over 17,000 injuries. About 50,000 (140 a day) of these are in the home and kill nearly 500 and injure over 11,000, many which could have been prevented if people had an early warning and were able to get out in time. In fact you are twice as likely to die in a house fire that has no smoke alarm than a house that does.

Between April 2013 and March 2014, 97 people died and 1900 were injured in domestic fires affecting properties where no smoke alarm was present.

Last year saw 39,600 dwelling fires, 88% of which were accidental. Accidents happen, but ultimately, they are avoidable.
– In 31% of domestic fires there was no smoke alarm.

– In 19% of domestic fires a fire alarm was present, but it was not operational.

Buying a smoke alarm could help save your home and the lives of you and your family.

Smoke alarms are self-contained devices that incorporate a means of detecting a fire (smoke detector) and giving a warning (alarm), usually a very loud beeping sound. They are about the size of a hand and are normally fitted to the ceiling. They can detect fires in their early stages and give you those precious minutes to enable you and your family to leave your house in safety.

There are mainly four types of smoke alarm currently on the market – ionisation, optical (also described as photo electronic), heat and combined.

Ionisation: These are the cheapest and cost very little to purchase. They are very sensitive to small particles of smoke produced by fast flaming fires, such as paper and wood, and will detect this type of fire before the smoke gets too thick. They are marginally less sensitive to slow burning and smouldering fires which give off larger quantities of smoke before flaming occurs. They can also be too over-sensitive near kitchens.

Optical: These are more expensive but more effective at detecting larger particles of smoke produced by slow-burning fires, such as smouldering foam-filled upholstery and overheated PVC wiring. They are marginally less sensitive to fast flaming fires. Optical alarms can be installed near (not in) kitchens, as they are less likely than ionisation alarms to go off when toast is burned.

Heat Alarms: They detect the increase in temperature from a fire and are insensitive to smoke.They can therefore be installed in kitchens. They only cover a relatively small area of a room, so potentially several heat alarms need to be installed in a large kitchen.

Combined Optical Smoke and Heat Alarms: Combinations of optical and heat alarms in one unit to reduce false alarms while increasing the speed of detection.

Combined Smoke and Carbon Monoxide Alarms: Alarms that combine both smoke detection and CO alarm protection in one ceiling-mounted unit. This reduces costs and takes up less of your living space.

Where we cannot resolve any complaints using our own complaints procedure, as a Which? Trusted trader we use Dispute Resolution Ombudsman for dispute resolution. In the unlikely event of a complaint arising and you wish to refer the complaint to them please contact 0333 241 3209 or via their website http://www.disputeresolutionombudsman.org/which-trusted-traders-partnership/